An Evening with Martin and Langston‌ 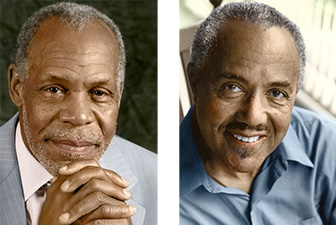 Critically acclaimed actors Danny Glover and Felix Justice illuminate the worlds of the famed orator and activist, Rev. Martin Luther King, Jr., and the celebrated poet and novelist, Langston Hughes. The evening begins with Justice’s powerful portrayal of Dr. King through the words of his most memorable speeches. Glover will then bring to life the writing and poetry of Langston Hughes. The evening concludes with these activists discussing the importance of the arts in education and the intersections of art, culture and social responsibility. Justice has been presenting the works of Dr. King since the 1980s. Glover has starred in blockbusters such as The Color Purple and the Lethal Weapon series.