Raytheon Chairman and CEO William H. Swanson will be the keynote speaker at Bunker Hill Community College’s 39th Commencement exercises on June 1, 2013. Swanson has also been named 2013 recipient of the BHCC President’s Distinguished Service Award, which recognizes extraordinary commitment and service to the College. It is the highest honor the College bestows on a community or civic leader. 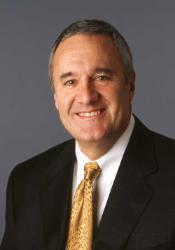 A business leader widely recognized for his leadership, Swanson has overseen strong growth at Raytheon, a technology and innovation leader specializing in defense, security and civil markets throughout the world. In 2012, the Waltham-based company had revenues of $24 billion; it does business in more than 80 countries and is among Massachusetts’ largest employers.

As an active member of the Massachusetts Competitive Partnership (MACP), a coalition of 15 influential Massachusetts CEOs, Swanson helps spearhead a new initiative called “Learn and Earn” in which community college students, including many from BHCC, gain hands-on experience in the corporate world with placement at some of the state’s biggest companies.