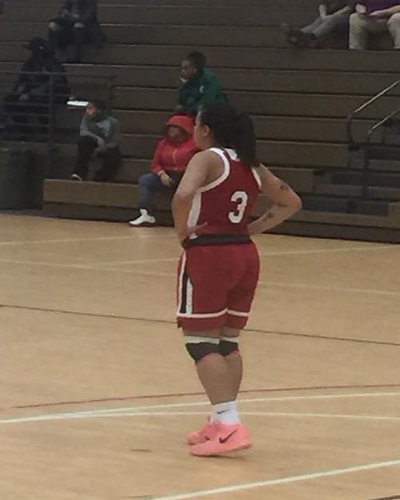 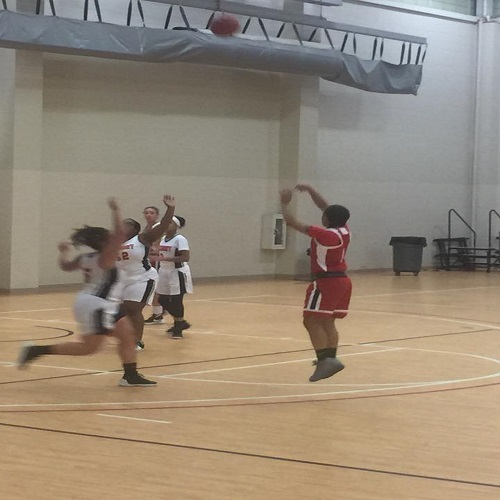 Must be vaccinated, bring your physical and class schedule to tryout (must have minimum of 12 credits in fall).

Please fill out the Prospective Athletic Form‌, contact the Athletics department at 617-228-3443, or e-mail Head Coach Thornton directly at rp262294@bhcc.edu

Rich Thornton was hired as the new Head Women’s Basketball Coach in September 2018.

Thornton brings to BHCC over fourteen years of coaching and administrative experience  at the intercollegiate as well as high school levels. Most recently he was the Head Girls Varsity Basketball Coach at Buckingham Browne & Nichols a private day school in Cambridge, Massachusetts and a member of the Independent School League. His 2016 squad finished fourth in the ISL and reached the quarterfinal round of the NEPSAC Class A postseason tournament.

Prior to BB&N, Thornton was the Director of Athletics and Student Activities at Oxbow High School in Bradford, Vermont from 2008-2013. At Oxbow, he provided administrative oversight for an athletic program with 30 teams and supervised a staff of over 40 coaches. He also served as the interim Boys Varsity Basketball Coach during the 2011 season while his coach was on military deployment. During his season on the bench, his team made it to the quarterfinal round of the Vermont Principals Division III Tournament.

Thornton started his coaching career in 1997 as an Assistant Women’s Basketball Coach at Division II Adelphi University. The team made finished 18-11 overall and qualified for the ECAC Postseason Tournament. He then moved on as the Head Women’s Basketball Coach at the State University of New York at New Paltz. From 1998-2002 he started the process of rebuilding the program and earned a birth in the 2000 SUNYAC Tournament. His 2000 team was also voted the 6th most improved team in the country by D3HOOPS.com. He then moved on in 2002 and became an Assistant Coach-Recruiting Coordinator at Division I St. Francis College in Brooklyn Heights, NY. From 2003-2006 Thornton was the Associate Men’s Coach at Division III Bard College in upstate, NY. At Bard he assisted in all aspects of the program and helped the program transition from the Hudson Valley Conference to becoming a competitive member of the Skyline Conference. From 2006-2008 he was an Assistant Women’s Basketball Coach at Springfield College. The 2008 team advanced to the championship game of the NEWMAC Conference and earned a birth in the ECAC Postseason Tournament. While at Springfield, Thornton also gained valuable administrative experience assisting the athletic department with event management, student eligibility, and organizing the department golf tournament.

Thornton and his wife Judy reside in Arlington, Massachusetts.