Bunker Hill Community College (BHCC), located in Boston, Massachusetts, is the largest community college in Massachusetts, with more than 19,000 students enrolled annually. BHCC, founded in 1973, is fully accredited by the New England Association of Schools and Colleges (NEASC).

With two main campuses in Charlestown and Chelsea, in addition to three satellite campuses and several instructional centers throughout the Greater Boston Area, BHCC offers a wide range of learning options to suit the diverse needs of our student body. Students can choose from day, afternoon, evening, late-evening, weekend, web-based and distance-learning courses to fit their busy schedules.

BHCC is proud to be the most affordable community college in Massachusetts. We offer more than 100 academic programs, including associate degree programs, certificate programs and programs designed to allow students to complete their first two years of a bachelor’s degree before transferring to a four-year university. Our dedicated, caring faculty and counselors are here to help students achieve their personal, academic and career goals.

Our student body is one of the most diverse of any college in Massachusetts. Approximately 61 percent of BHCC students are people of color and more than 50 percent are women. There are nearly 1000 international students who come from 105 countries and speak more than 75 languages.

The average age of BHCC students is 26. Most students work part time or full time while attending college. Approximately 35 percent of BHCC's students reside in the city of Boston and 84 percent live within ten miles of the College campuses.

Want to learn more about some of our starring students? Check out the article in BHCC Magazine to hear how they’re making the most of their time at BHCC.

Boston, Massachusetts, is America’s intersection of history, innovation and youthful exuberance. Founded in 1630, Boston is one of America’s oldest cities. As the capital of Massachusetts, Boston hosts the seat of government for the state, and is the largest city in New England. The city is often referred to as the “Cradle of Liberty” for its role in instigating the American Revolution in the late 18th Century.

These days, Boston is a thriving metropolis of more than 625,000 residents. More than 250,000 students go to college in Boston and Cambridge, Boston’s neighboring city across the Charles River. There are more than 100 colleges in the Greater Boston area. As a result, the city is filled with students, recent graduates and young professionals, who give the old-world city a youthful, exciting atmosphere.

Boston has remained a world-class city by its ability to grow and evolve with the times, and very often, its propensity for staying ahead of the times. With the plentiful supply of college students and graduates, Boston has become a hotbed of research and innovation in industry. The crop of local college graduates has also attracted many businesses in the thriving high technology, biomedical, and healthcare industries, which keep Boston at the center of discovery.

Boston is also one of the most culturally significant and cosmopolitan cities in America. Home to dozens of museums, galleries, performing arts organizations and major sports teams, Boston is the unofficial cultural capital of New England. With so much sophistication in one city, there is always something to do and see.

Getting around Boston is very easy. Known as a “walking city,” Boston is also home to America’s first subway system, which is part of an intricate network of public transportation in the Greater Boston area. Bunker Hill Community College (BHCC) is located on one of the system’s stops - Community College Station on the Orange Line - making your commute to and from BHCC even easier. 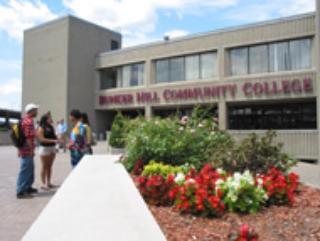 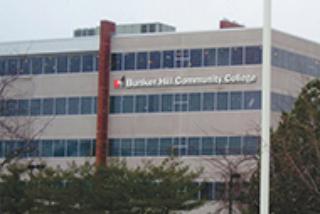 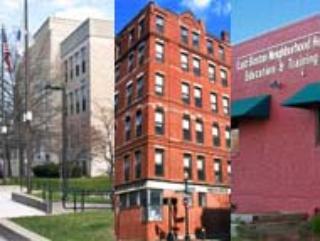