Bunker Hill Community College (BHCC) student Yamileth Lopez was one of the 29 graduates of Massachusetts public colleges and universities honored at the State House May 14. Governor Charlie Baker, Secretary of Education James Peyser, Commissioner of the Massachusetts Department of Higher Education Richard M. Freeland and Chairman of the Board of Higher Education Chris Gabrieli attended the “29 Who Shine” ceremony. 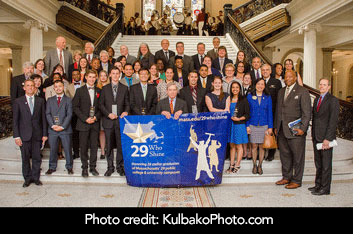 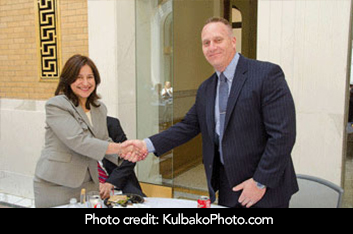 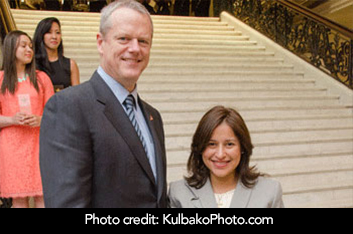 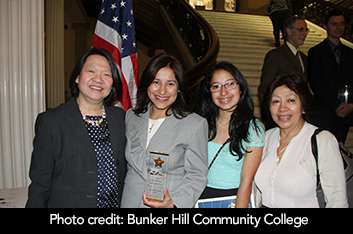 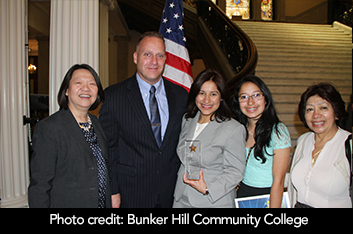 "We are very proud of Yamileth, who is indeed a shining example of what determination and commitment can accomplish," said BHCC President Pam Eddinger, who attended the event along with Lopez's faculty mentor, Anthony D. Fontes, Chair of the BHCC Department of Business Administration.

"I want to congratulate all 29 of the outstanding Class of 2015 graduates for the recognition they have received and thank them for their substantial contributions to their local communities," said Governor Baker. "Each of the 29 Who Shine honorees, in addition to being an accomplished student, is civically engaged in ways that improve the quality of life in Massachusetts.”

Lopez was chosen as one of 29 Who Shine based on her academic success, leadership and service to the community. Born in Colombia and raised in Venezuela, she was enrolled in her fourth year of college in Venezuela when her father died, in 1996. Lopez put college on hold to relocate to Hyde Park, Massachusetts, and run his business.

In 2011 she completed the JVS Bridges to College Program and enrolled at Bunker Hill Community College, where she has maintained a 3.76 grade point average. She has served as Student Trustee on the Board of Trustees since May 2014. She interned at Raytheon, Staples and Liberty Mutual between 2013 and 2015 through the Learn and Earn Internship Program. Lopez has served as a peer mentor for Learn and Earn, a Start Smart mentor, and an orientation mentor. She is a member of the College’s Entrepreneur Club, Phi Theta Kappa Honor Society, the Association of Latino Professionals in Finance and Accounting (ALPFA), and the Boston Chapter of the National Black MBA Association.

Lopez, who works at Sociedad Latina, has nearly completed a certificate in taxation. She will graduate from BHCC with an associate degree in accounting in 2015. She has been accepted for admission to UMass Boston and Suffolk University.

Launched by the Massachusetts Department of Higher Education in May 2011, 29 Who Shine is a commencement season awards program that recognizes 29 outstanding graduates of the Commonwealth’s public higher education system. The student must be a Massachusetts resident who has made an outstanding civic contribution to the state and intends to remain in the Commonwealth upon graduation.