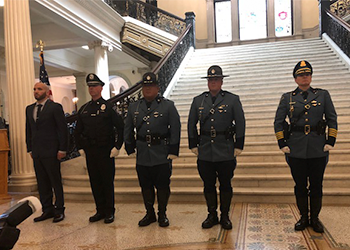 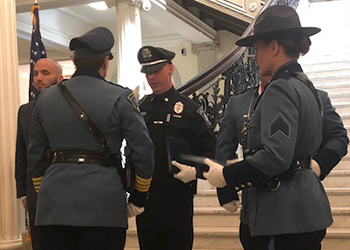 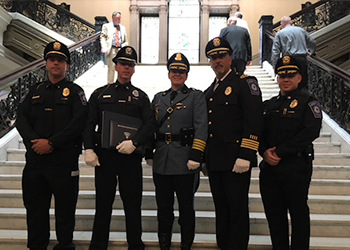 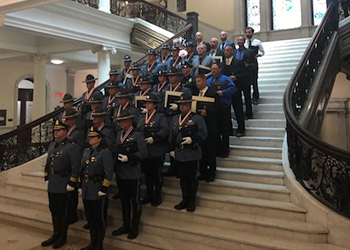 The annual ceremony was held at the State House in honor of recipients of the Public Service Award, Lifesaving Award, Medal of Lifesaving or the Medal of Valor.

Detective Cuddahy was off duty when he witnessed a woman who had climbed over the safety fence of the Route 53 overpass at Route 3 in Hanover, MA. He stopped his vehicle and assisted troopers in detaining the woman, preventing her from jumping from the bridge and ultimately returning her to safety.

For his quick actions, Detective Cuddahy was presented with the Massachusetts State Police Lifesaving Award.

“The badge represents, honor, integrity, service and dedication to the people we are sworn to protect,” said BHCC Chief of Police Robert A. Barrows. “Being an officer is not just a job; its 24/7 and it’s a calling. Whether on the clock or off, Detective Cuddahy represents the true meaning behind the badge. I am proud of the men and women of this department and I am honored to serve with them day in and day out.”