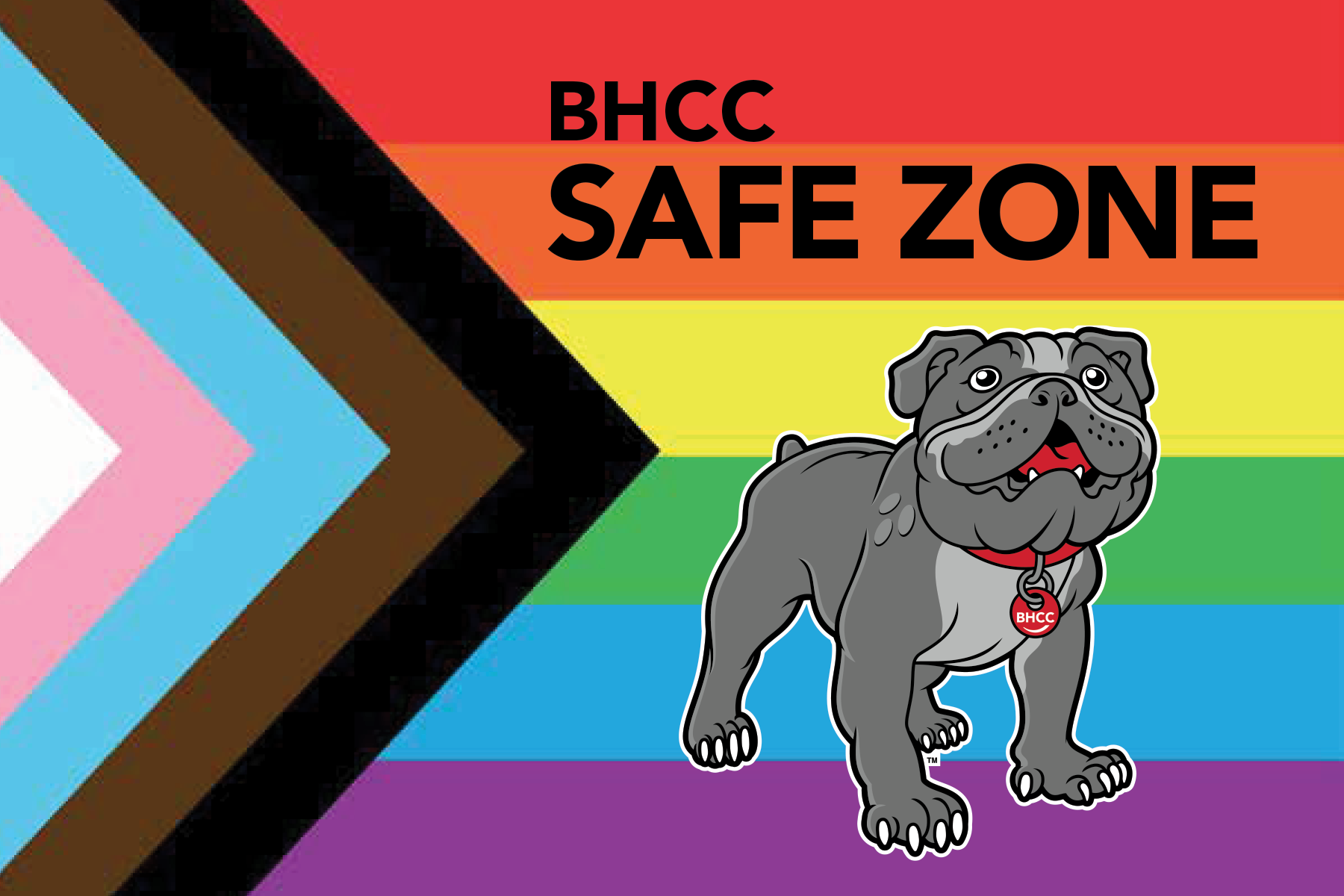 Safe Zones is an educational program to raise awareness of Lesbian, Gay, Bisexual, Transgender, Queer, Questioning, Intersex, Asexual, and other (LGBTQIA+) issues and contribute to a campus climate of inclusion at BHCC. This is achieved through the implementation of our Safe Zones trainings and the posting of BHCC Safe Zones symbols throughout the BHCC community. Our goal is to prepare members of the BHCC community to support LGBTQIA+ faculty, students, and staff and take active steps toward reducing and preventing harassment, discrimination, and violence based on sexual orientation, romantic orientation, and gender identity or expression.

Why is Safe Zone Training necessary?

What it means to be a BHCC Safe Zones Ally

What is the purpose and meaning of the Safe Zones symbol?

Displaying the Safe Zones symbol conveys that you are committed to:

For more information or to request a Safe Zones Training, contact the BHCC Safe Zones Coordinator at:

The Virtual LGBTQIA+ Center at BHCC

The BHCC Safe Zones program was started in 2021.