Pedro Russell, the son of a Peruvian mother and Irish father, was born in Peru and moved to the United States at the age of two. He was raised in the small town of Natick, Massachusetts, where he played sports and began working at the age of fourteen. It was his desire to work which led him to forgo college immediately after graduating high school to find work in Boston’s restaurant industry. Pedro worked in restaurants for several years, but a lack of fulfillment led him to return to Bunker Hill Community College in 2011.

While at BHCC, Pedro was first exposed to the Learn and Earn Program, where he was encouraged to apply for a position at State Street Bank. Despite having no prior experience in banking or the corporate world, the L&E program was able to help Pedro land his first ever internship at State Street Bank, and then a second one at Eaton Vance Investment Counsel. 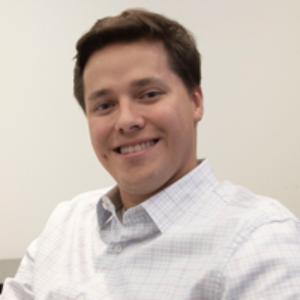 These two internships provided the foundational skills needed for the business world. His time at State Street and Eaton Vance were instrumental in Pedro’s development as he graduated from BHCC to attend Bentley University, where he graduated in 2017 with a Bachelor of Science in Finance.

After spending a year and a half working in management consulting, Pedro currently works as a Strategy Analyst at Cengage Learning, an education and technology company focused on providing affordable, quality learning experiences for all students. In his current role Pedro actively leads a variety of projects which drive impact across the companies’ Higher Education & Skills business. He continues to utilize many of the skills he picked up as a Learn & Earn Intern.

While having a lot of help along the way, Pedro credits the experience gained as a Learn & Earn intern as being the single catalyst which transformed him from working an unfulfilling job as a bartender to finding a career that allows him to be the professional and leader he is today.

Smucker Almonord is a Boston-native and the son of two Haitian immigrants. Finishing high school in 2012 with an interest in the world of asset management, Smucker took on his first internship in the summer of that year with BNY Mellon, working in their Wealth Management division. Though it lasted less than two months, the positive learning experience inspired Smucker to pursue a career in the field and in the fall, he chose to study Finance at BHCC. 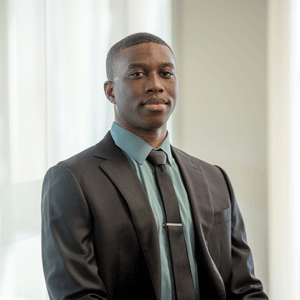 In early 2014, Smucker joined the Learn & Earn community and began an internship with State Street as a Pricing Analyst with the Security Valuation team. During his time as an intern, Smucker learned invaluable technical and personal skills that he was able to share with other L&E interns as peer mentor. After two years, Smucker was hired on as a full-time Associate and was eventually promoted to Senior Associate in late 2018. Smucker earned his Associate’s degree in Finance from BHCC in 2015, before moving on to the University of Massachusetts Boston to pursue a Bachelor’s degree in Economics.

Today Smucker is living out his dream of working in asset management as an analyst with Cerulli Associates, a Boston-based research and consulting firm. There he helps develop and produce several research publications regarding asset management industry trends and forecasts. He also provides support for custom consulting projects. Smucker primarily attributes his fortune in his career path to the Learn and Earn program, which helped him to get his foot into the door and provided him the tools to excel in not just in his internship, but in his career beyond.

Francisco Calderon was born in the Dominican Republic and raised there until he came to the United States with his mother and brothers at the age of Eleven. After briefly returning to the Dominican Republic at age fourteen to attend High School, he returned to the United States to attend college. He first obtained his Associate’s degree in Computer Science from Bunker Hill Community College, and ultimately was granted a full scholarship to Northeastern University, where he graduated with a Bachelor’s degree in Computer Science.

At the age of 23, he co-founded ScholarJet; a technology company that connects diverse candidates to entry-level tech jobs through online, skills-based competitions hosted by employers. Seeing how hard it is for students from underserved communities like his own to earn money towards education and finding jobs is what led him to follow his entrepreneurial pursuits. ScholarJet provides a fun, rewarding and fair process for candidates to be evaluated for positions based on their skills rather than where they go to school or where they grew up. Successful candidates within the ScholarJet platform are either given money to help pay off their student debt or are offered roles at the companies hosting the competition. Regardless of who wins the competition, anyone who participates is considered by the hosting company for a role. 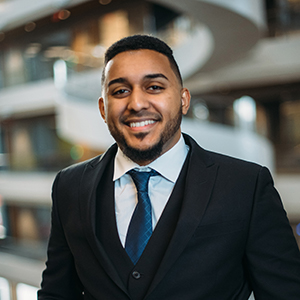 In founding ScholarJet, Francisco leads a team of engineers to build the platform that has helped ScholarJet impact over 300 students with over $80k in prizes and jobs connections with notable employers like Wayfair, Toast, Rapid7 and Akamai Technologies. ScholarJet has been featured in 33 media outlets including Forbes, Boston Innovation Magazine, and The Boston Globe.  He continues to work diligently with kindness in mind and hopes that his success and story will continue to motivate and inspire the next generation of Latin Americans, especially in STEM-related fields. During his free time, Francisco volunteers as an Academic and Squash Coach at SquashBuster, a non-profit organization that uses the sport of squash, along with academic support and enrichment, community service, and college mentoring, to improve the lives of our youth and expose them to opportunities. He has supported more than 100 young people during his time at SquashBuster.

Francisco’s future goals include continuing being a leader in his organization while inspiring other latinos to pursue STEM related careers.

I did Learn and Earn in 2013 and worked for EMC (now Dell/EMC). I did two terms (two 3 months internships) as a Software Delivery Services intern and was there part-time for about 6 months too!