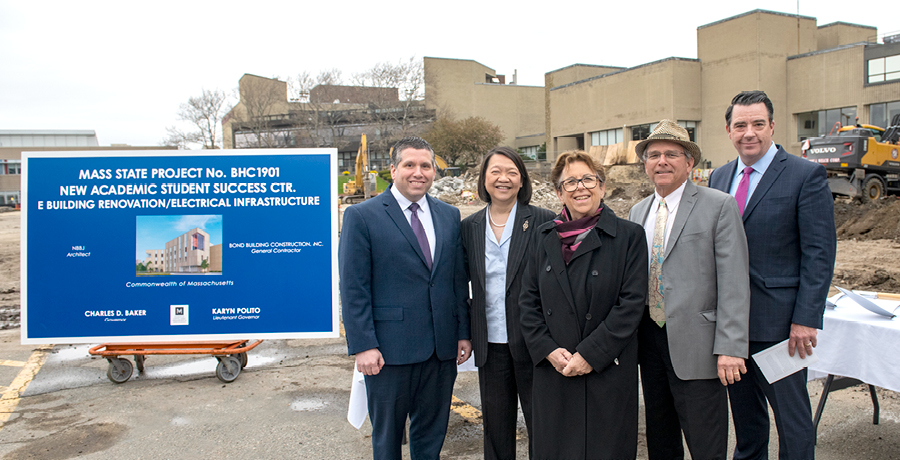 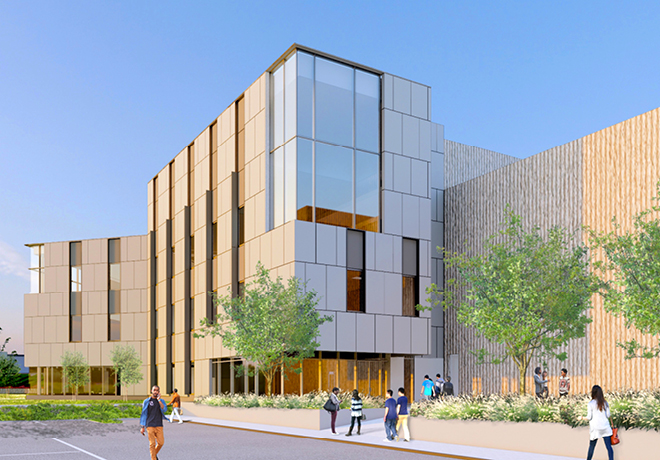 A large central courtyard will serve as a point of orientation for wayfinding on campus.

BHCC broke ground on a new Student Success Center this spring, the first new building in more than a decade and the first of several planned upgrades for the almost 50-year-old Charlestown campus. The building project is part of a statewide effort of the Division of Capital Asset Management and Maintenance (DCAMM) to invest in and renew public higher education infrastructure.

“Today, we not only mark the beginning of a new building project, but the advent of the next half-century as we reimagine  the community college story in this region and this country,”  said BHCC President Pam Eddinger. “This building…is a down payment on a renewed future—of our College, our communities, and our students.”

The three-story, 56,500-square-foot building will be constructed  on the West Lawn of the College’s Charlestown Campus. Based on Passive House principles, the building’s exterior enhances the college’s visual engagement with the community. The building is designed to be Net Zero Energy-ready, integrating a geothermal well field on campus. It is engineered in anticipation of a future photovoltaic array. Additionally, the building uses a highly insulated,  high-performing envelope and anticipates projected sea-level change and the rise in base flood elevation by shifting all critical building systems, including the emergency generator, to roof level.